The beautiful trek up to Nag Tibba is the perfect weekend trip for people in and around Delhi. Nag Tibba or the serpent’s peak is located only 57 kilometres from Mussourie, a popular hill station in Uttarakhand. The trek winds through dense deodar and oak forests, and occasional Gharwali villages where you can see farmers going about their daily lives. At 3025 meters, Nag Tibba is the highest peak in the Lower Himalayan range.

Here are five interesting and awesome things about the Himalayan range which are sure to hook you.

Nag Tibba is part of the youngest and most fascinating mountain range-the Himalayas. The geologic story of the Himalayas is as fascinating as the Himalayas themselves. About 140 million years ago India was part of a vast land mass or continent (covering most of earth’s southern section) called Gondwana. The land split and drifted apart in a process called the continental drift, giving way to the continents as we know them today. India began its drift away from Gondwana land making its journey up north 120 million years ago.  Some 50 million years ago, it hit the northern giant mass of Eurasia. The mammoth collision created vast folds in the earth’s surface giving rise to the vast Himalayas at the Indian north-eastern shoulder.

Infant Ranges That are Geological Hotspot

The Indian and Eurasian plates remain on collision course even today. India continues to inch up north by a few centimetres per year. It is this tectonic movement in-fact that caused the devastating Nepal quakes in April, 2015. All this activity and that Himalayas are the youngest mountain range make them a geologic study hotspot.

Couched amidst such rich history and significance, we wonder what gems would the trek to the Tibba reveal?

Views you have never seen before! 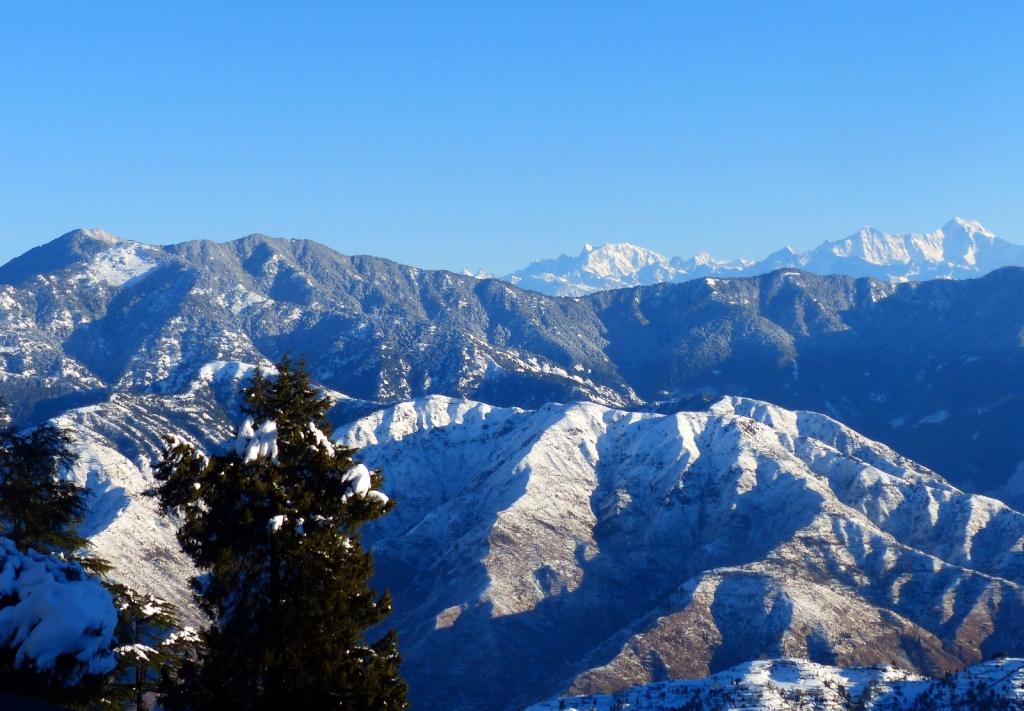 Magnificent views are the greatest perks of this trek. The Nag Tibba trek offers stunning vistas of the surrounding mountain peaks. One can view the beautiful snow clad Bandarpooch, or the glacier of the Garhwali Himalayas. Bandarpoonch or ‘tail of the monkey’ or ‘tail of Hanuman’ appears to get its name from some legend from Ramayana. Would you know what it could be?  Another fascinating fact about this peak is that Tenzing Norgay was among the first company of expeditioners to climb it in 1950, three years before he stepped on Mount Everest.

From Nag Tibba, one can view the Gangotri group of peaks, the snow peaks of Chanabang, as-well-as the Kedarnath peak in the north, and the Doon valley.

On way to the Nag Tibba top

Would you be the next Rusty? 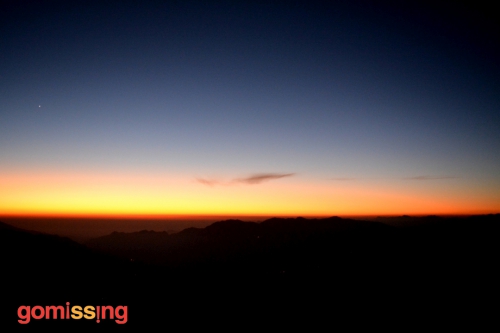 Dense oak and deodar forests all through the trail are home to flora and fauna endemic to the region. The trek provides ample bird watching and tree spotting opportunities. The region is also home to the Himalayan Black Bear. If you are a Ruskin Bond fan, chances are that you may have read many escapades of Rusty, the young Ruskin as he grew up in the region. Especially the story, ‘Four boys on a glacier’, which recounts meeting a bear that has special fondness for pumpkins. Now if you do see a pair of eyes glinting in the dark at you, don’t go looking for it. For all you know, it may be the same bear looking for pumpkins. 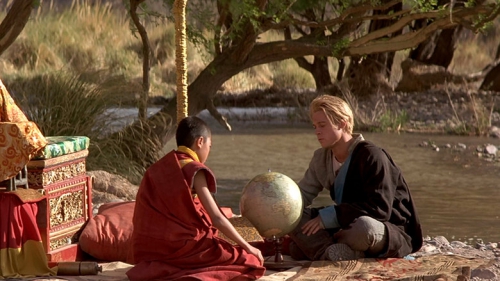 An interesting story unfolded here in the Nag Tibba range. In 1939, Austrian mountaineers Heinrich Harrer and Peter Aufschnaiter had just concluded their mountaineering expedition to find an easier route through Diamir face to Nanga Parbat. It was around the same time that the World War II broke and the mountaineers were arrested and imprisoned in Dehradun.

On 22 April 1944 Heinrich Harrer and Peter Aufschnaiter, escaped from Dehradun and attempted to reach Tibet. They hoped to reach the Japanese front through Burma or China. They trekked through Nag Tibba range and crossed over to Tibet through Tsang Chok La Pass on 10 May, 1944.

In a remarkable journey, Aufschnaiter and Harrer proceeded to Lhasa.  They crossed Western Tibet, passed the holy Mount Kailash, the South-West region and the Northern Changthang Plateau. They arrived in Lhasa taking a route no Tibetan would have ever dared in winter.

They later spent many years in Tibet and played a significant role in historic events of this forbidden world. Hollywood movie Seven Years in Tibet has captured their escape and their life in Tibet. 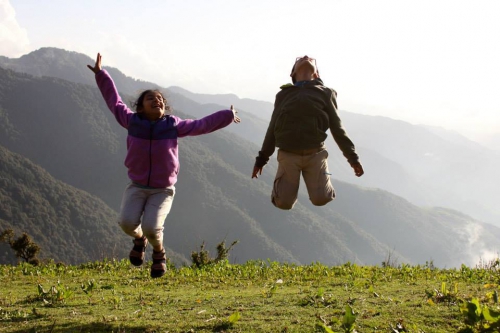 Thrilled at the Tibba!

Are you up for the trek? There is lots to be discovered here!

Fond of travelling, outdoors and adventure?

You are at the right place! Join the growing community of GoMissing adventurers and never miss an alert from us! Get monthly digest of travel ideas and opportunities right in your mailbox.

You have Successfully Subscribed!

PS: Trust us, we will never spam your mailbox with unnecessary salesy, spammy, pushy offers. We hate those too!