Travel for a Living: Life of a Film Location Scout!

Home/GoMissing, Travel/Travel for a Living: Life of a Film Location Scout!
Previous Next

Travel for a Living: Life of a Film Location Scout!

‘Rang de tu mohe Gerua’, Shahrukh pleaded to Kajol against stunning Icelandic backdrop in Dilwale, Ranbir Kapoor and Deepika fell in love over a snow fight on Khipshi Pass, Manali. Kareena rode a cutesy scooter in a bridal attire at Pangong Tso Lake at Ladakh looking out for Aamir Khan aka. Phungsuk Wangdu.

These wonderful scenes not only created magical sequences for the viewers, they also opened the flood gates of people rushing to see these wondrous locations. Suddenly, ‘London to New York, New York to Paris’ became passé and dreamy Indians started flocking to exotic locations spread from Mykonos to Madrid and Santorini to Slovakia.

Have you ever wondered who scouted for those locations and who dreamt of those wonderful moments before our Bollywood heroes and heroines brought it to life?

Behind every stunning location is a traveler of a different sort who is in equal parts an explorer, an adventurer, an artist, a dreamer and someone who understands the canvas of the film maker, the challenges of shooting, and the logistics requirements and so on.

Find out from Aakriti Bhatnagar, a freelance producer and a student at University of Arts London and a traveler by heart, as she demystifies how Location Scouts look for the right backdrop for their film’s canvas, the permissions that they require and other pre-requisites that they need to fulfill.

If you love travelling and would like to make a career out of it- the job of a location scout may be tailor made for you!

As a film student, we are trained in multiple departments and location scouting is one of the most important areas. Before signing up for the film making course I often wondered, “How do film makers discover such wonderful places?”. Now I often find myself asking, “How on the earth did they manage to shoot at such a desolate place?”

I was a location scout for a short film titled, ‘Here Comes the Sun’. The film was about Miles Hoffman, a boy who suffers from Asperger’s Syndrome and his journey of self-discovery through art taught to him by a mute girl. One of the most challenging parts of my job was to find the opening location for a funeral scene. Here are some of the factors my team and I took in account while coming to a consensus on a site for this scene. 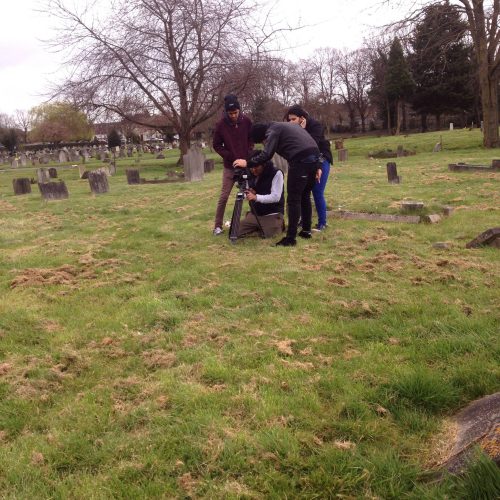 Planning and filming on location takes a lot of work!

Other than the aesthetic beauty of a place, the practicality of using it as a set and it’s ability to accommodate a crew size sometimes spanning hundreds of people is important. In one of his interviews Director Nikhil Advani recalled coming across a challenge of a unique kind while shooting Chandni Chowk to China atop the Great Wall of China. They had to lug a huge pot of dal over 5000 steps to feed the crew. The problem was not as much carrying the pot as was the fear of spilling dal in all its turmeric goldenness on the Wonder of the World! “I was freaking out,” Nikhil is known to have said.

While scouting a location, a scout has to consider even the very basic things like these-how to feed the crew and keep them comfortable, where are the washrooms located and so on. Deciding to shoot in the middle of Antarctica with no power source can be a little difficult for the production team to organize. Stable power supply is critical for all delicate and extremely expensive digital equipment.

For the funeral scene, we could make do with a nearby cemetery as my crew was just eight people. Even without a constant power supply, crew members could take back rushes to the editing suite and keep all extra batteries charged up. 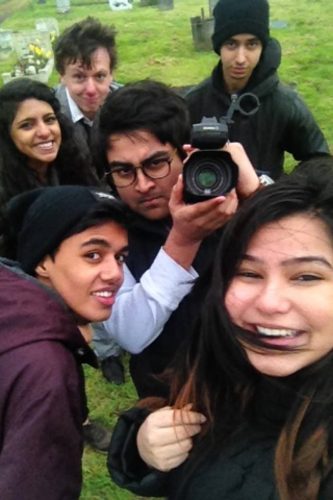 Film crew helps us stay focused and on point

It is absolutely essential, that when you arrive for reconnaissance (recce), you have the exact shot list for the scene that needs to be shot. A location scout is expected to physically be able to get to the angles the director wants to shoot from. It may originally seem like a good idea to shoot a dense forest from a drone, until you realize it’s really hard to maneuver your delicate gear amidst 50 ft high web of green cover.

For my film, we debated setting the scene at a wake in an apartment instead of a funeral to signify a death. However, with the hefty equipment and multiple crew members this could be difficult and we soon dismissed the idea.

3. Get the Permissions and Understand the Local Requirements

During the location hunt, a location scout must interact with local authorities and understand the legal obligations and requirements. Permissions, Statutory requirements, Location Release Forms, Health and Risk Assessment Forms can all be nightmarish but they need to get done.

Certain places in India require special permits. These are usually border districts, not open to all. These places are extremely beautiful and fascinating and their remoteness lends them a special quality and a film crew has to procure permits before shooting here.

In India, aerial photography permits require over a month to acquire. Therefore it is important to plan all shoots in advance so that they coordinate with permits and authorizations.

For the cemetery scene, we had to take cognizance of the fact that cemetery is a private place for people to come and mourn their loved ones. Therefore it was important for us to get clearances from the local authorities. We had to be sure that we do not get gravestones with names in our frames as that would have meant invasion of privacy.

Visiting a location during different times and sometimes even in different seasons is very important in order to avoid surprises on the final day of the shoot. Lighting and weather can be fickle and may not be ideal for the day of your shoot. However, losing a day of shoot means the loss of a lot of money, which is why it is advised to be ready for all possible conditions. During the pre-production stage, it is crucial to state the predicted weather forecast in the call sheets for the day of the shoot. 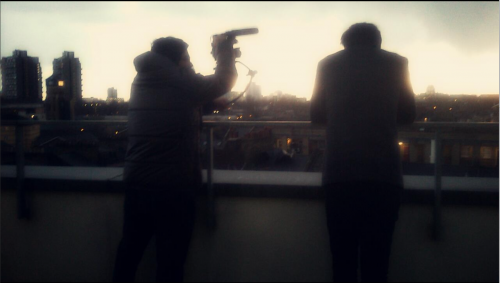 Outdoor lighting conditions can be tricky because you rely solely on the natural lighting source- the sun. Exterior illumination changes all day according to the time of the day.

Bright sun can be harsh on people & faces, and light-colored surfaces can cause shots to be underexposed, a fault that cannot always be remedied during post-production. Eventually, you may find that fully shaded locations or overcast days produce the most consistent results. Since we had clearance to shoot at the cemetery for a couple of days, we chose to pick the cloudiest day with the least chance for rain.

These notes help the production to plan for almost all kinds of contingencies. In a short film if a shoot is cancelled it may only mean loss of time, however in a commercial shoot it may be significant loss amounting to hundreds of dollars.

All in all if this sounds interesting to you, you should travel and explore more – who knows, you might get to be a location scouter for a big-shot movie one day!

Interested in going to picture perfect locations like on the big screen? Join us on one of our treks.