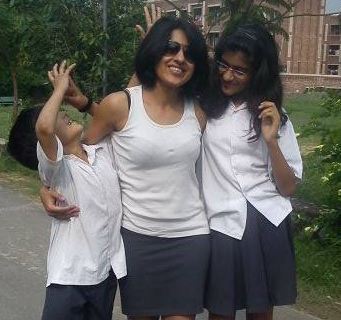 Nandita works with an IT company and is what many would call a true adventure junkie with hobbies ranging from motorbiking to trekking, cycling and skiing. An avid photographer, she balances her life amazingly between work, activities and her kids, whom she is also introducing to adventure sports.

Already been on 4 trips with GoMissing, here’s what she has to say about her latest trek to Lamadug with us.

When Saurabh Kapur mentioned that GoMissing was organising a trek near Manali during the Dussera break, I called and signed on! All I asked was – what grade? Can the kids do it? He asked – Are they physically active and have they trekked before? I said – VERY active, but not major trekking. So he said – Yeah sure they can do it!!

Well, for those who were part of the trek will know what I mean when I say “Left from that tree”. For those who weren’t will have to join Saurabh and GoMissing’s next trip to Lamadug and Khanpari Tibba to find out!! 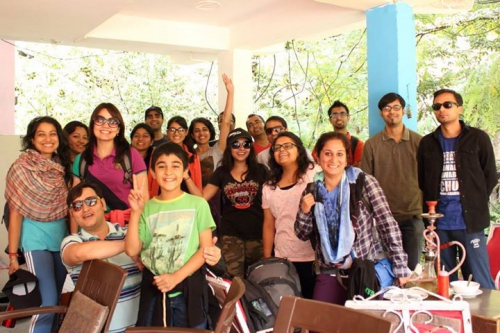 GoMissing gang in Manali before the Lama Dug trek 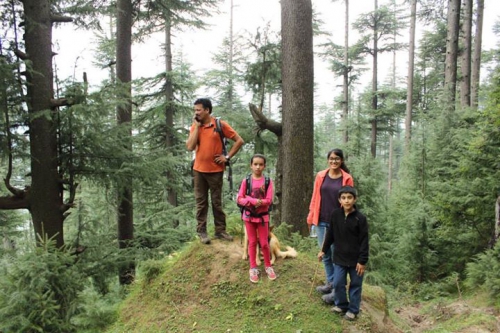 The awesome youngsters who have taken to trekking early in life 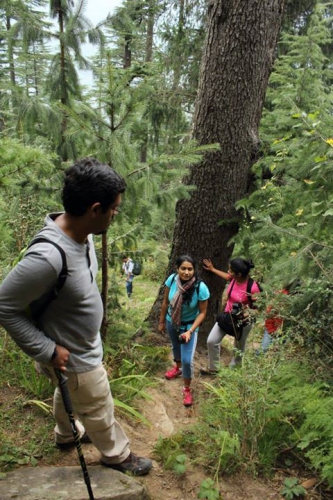 The group finding its way through the forest – Lama Dug Trek 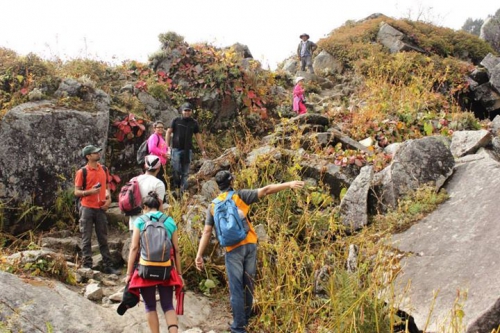 Chotu waits for the group while the photoshoot is on 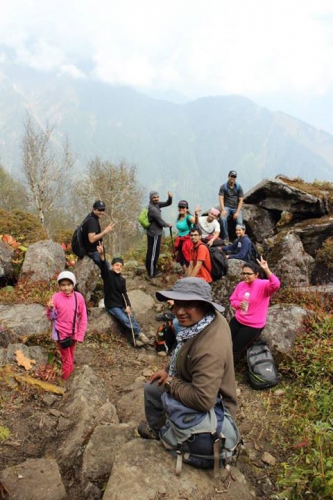 gomissing group on the rocks 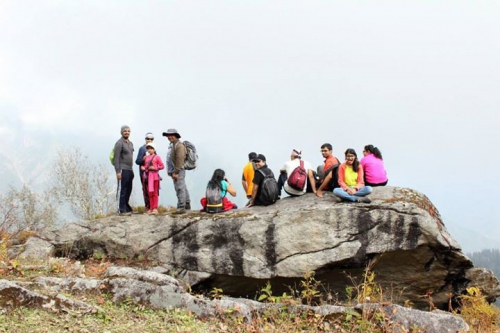 At the viewpoint en route to Khanpari Tibba

Super happy during the trek 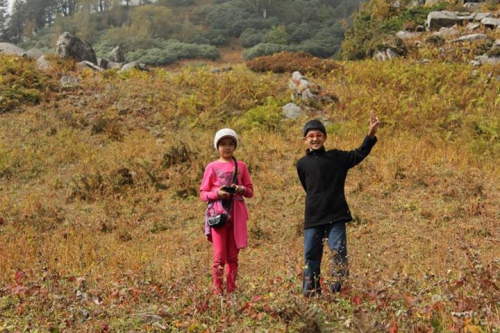 I think many things surprised me in these 3 days! First, we walked a few 100 meters and suddenly Manali disappeared! And we were in this beautiful forest following a trail with the most genial Surinder Ji and ever smiling “Chote Mian” as my son, Naoise, insisted on calling him. Second, I realized how long it’s been since I last trekked – took my breath away … literally!! Third, I realized what totally amazing kids I have! They were always ahead with Chote Mian. With my son actually turning around and calling me with a mild mixture of humour and restless reprimand in his voice because he wanted to show me something or the other! At one point, he actually said, much to the hurt ego of many, “Will those 30 years older than me please catch up?!!” 😀 Though it was intended for his mother who was constantly reminding him that he was 30 years younger, it certainly put the wings of many an adult step! Surinder Ji’s daughter Sania, our little pixie, was a wonder! I don’t think the 3 children showed any fatigue at all on that first day! 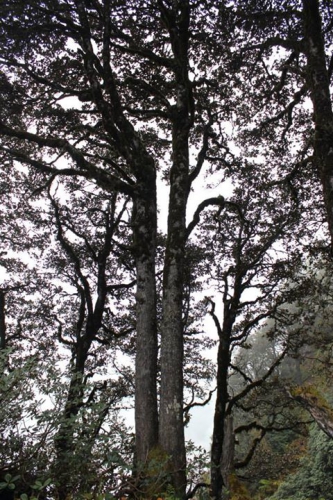 Left from the tree.. or the next one! 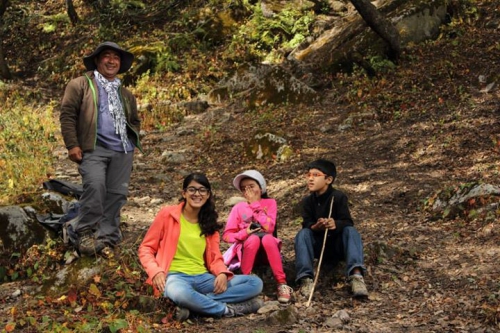 Chote Miyan with the kids during the trek 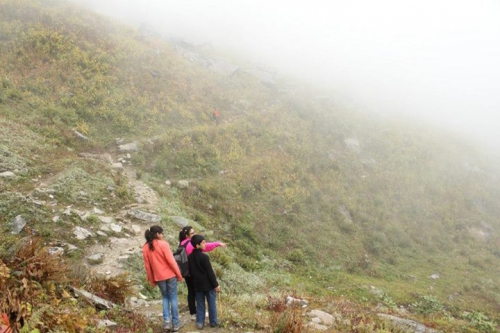 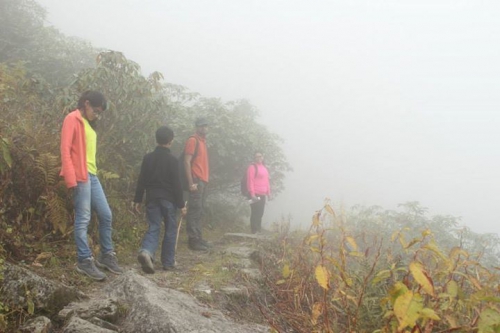 The clouds came down to greet us View of Kullu Valley on the trek

Bruno showing us the way after the Lama Dug campsite 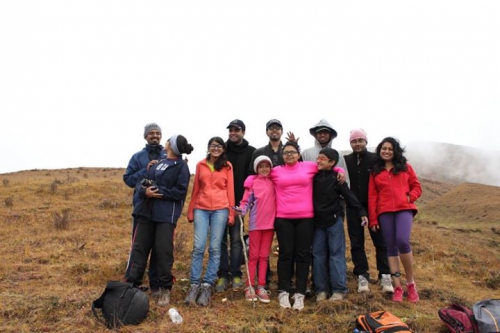 We trekked 8 km and up 1000 m to camp at this cozy little bowl of a meadow. Next day, we trekked up another 7 km and up 700m, just short of Khanpari Tibba, but returned before we could touch the tip! How I wish we would’ve made the top! It didn’t matter much I think, because nothing could match the beauty of walking through that quiet, hushed space, the expansive loveliness of the almost uninhabited region; through clouds that threw an ethereal feel to everything, and the colors that seemed to burst everywhere – brightest reds, gold, myriad greens, browns, whites, ochres, endless hues that we saw on the way. 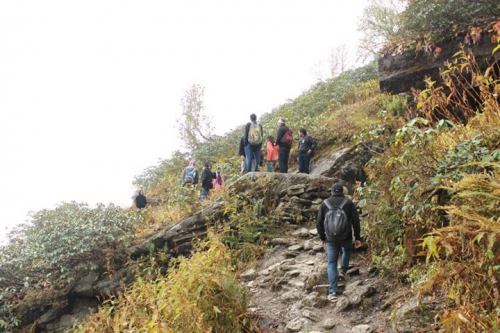 Walking back to the Lama Dug campsite 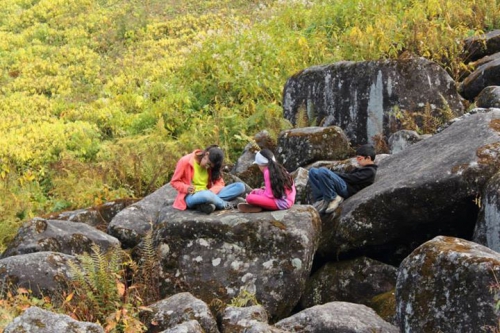 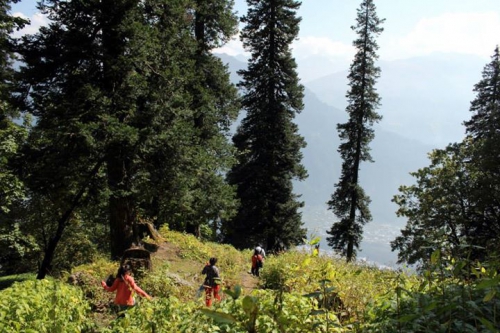 Trekking back to Manali

View of Manali from the trek route 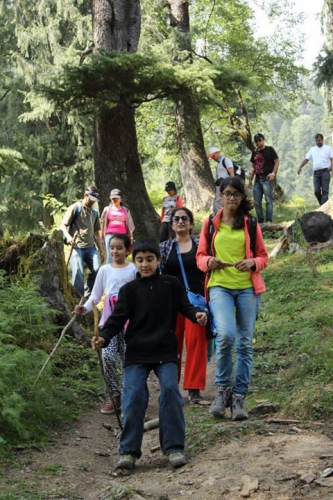 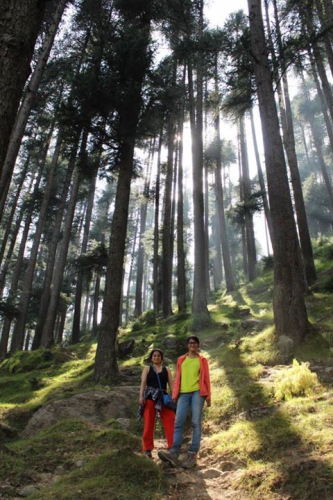 The folks at the camp fed us well – stuffing us with energy giving, simple but delicious meals, tea, pakoras and even Maggi when the kids wanted some.

An amazing discovery of a hidden jewel! Thank you Saurabh Kapur and GoMissing for a wonderful time!